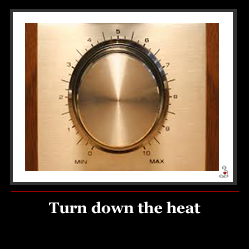 Hey! Can I have your number?

Dating today seems to be pretty much a numbers game and one in which the players are consistently stretching the truth when it comes to their “real” value.

Typically when I look at couples they appear to be reasonably matched, the Hollywood stars (AKA the Beautiful people) match up with one another, average men match up with average women, and those that are hard on the eyes…take whoever is left.

The problem comes in when people are not realistic about their value and ask for too much when they seek a member of the opposite sex.

A woman in my office told me that I was an “average Joe-Blow” meaning if she passed me on the street she wouldn’t give me a second glance.  She went on to say that her overall opinion of me changed once she started to know me as a person however.  (thanks! That makes me feel better!)

So based on her opinion, I am an average guy with a value of 7 on the 1-10 scale; which I would agree with. Actually I would have given myself a 6.

When it comes to dating, women are constantly complaining about men that want to date women that are 9-10.  Could it be however that they have their sights set on a man that is a 9-10?  Would that guy not also be looking for an equal match?  Would he not be looking for a 9-10?  How easy for an average woman to blame this man for only wanting a “Barbie Doll” when he rejects her.

So if a male #7 goes looking for a female #10, he is not apt to find one.  He might if lucky but reality will typically slap him in the face.  I feel that I am a pretty good judge of what average is when it comes to women, yet in my experience so many average (and less-than-average) women had set their sights so high that it made no sense at all.

I know that we are typically happy when we get something for nothing, or that we get something of great value for a small price but when it comes to relationships…this rarely happens.  The average person know this, accepts this and doesn’t waste time trying to acquire high value for pocket change.

What I have decided via this is that many modern women have a completely unrealistic sense of their personal value.  That is to say that women that are a 7 have convinced themselves that they are in fact a 9 and should not settle for anything less when it comes to a man.  All they have to do now is convince the 9 that he is in fact a 6 and she will have succeeded in finding a “real” man.

If the guy is a 9 and she is a 7, why try and convince him that he is a 6?  So he will always feel that he has to work to gain her acceptance!

Worse is when an average woman views or treats an equally average man as if he is a #3.  See how problematic this can be? We have a #7…that only wants a #10…and feels she is being bombarded only by #3s.  See why nobody is happy anymore?

So, are you honest about your value? Your number?
If you want to really get a legitimate idea of your value in the eyes of others…ask them…but keep in mind that the truth can hurt.

2 comments on “Hey! Can I have your number?”