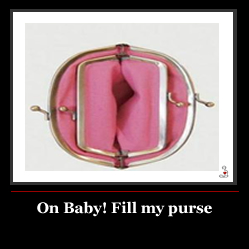 Something for nothing. What if I could gain something and lose nothing?

The most important characteristic of the sex exchange between men and women is its inherent inequality. Here is where biological laws and social laws interact and re-inforce each other in the hidden matriarchy. The woman has–and has always had–everything to gain and nothing to lose–although there is often a pretense of loss, even of sacrifice.

The things of this world exchanged by the man for sex leave the man and accumulate with the woman. What does the woman lose in the exchange? The woman’s pussy is no less than it was before. It can be traded over and over again for a wide variety of tangibles.

Hence the expression ‘getting some.’ A man can never get it all–or even most of it– because, at the end of the exchange, the women still has all of it–ready for another exchange–and always will. Prostitution is the most conscious acting out of this reality, this inherent inequality. Which is why prostitution should be prohibited or at least kept under wraps. It speaks too loudly of the underlying reality that is likely to have been heard all too clearly by men who murder prostitutes.

It is only symbolically diminished by the exchange, as in ‘loss of virginity.’

Language is one of the things of this world created by men to get sex.

Since women use sex to get the things of this world, what can they be getting from the existence of words?

Whatever language makes possible. Promises, for one thing. Contracts. Deals about the future.

What else is marriage except a promise, a contract, a deal about the future pledging long-term access to the things of this world accumulated by the man?

A woman trades a tangible (sex) for other tangibles: male-created things of this world. What she has to trade is intrinsically and inescapably hers. It can be exchanged for other things without losing it.

What he has to trade could be anyone’s at any time. He must lose it to gain something that is momentarily real but ultimately ephemiral.

Through (pre) history, this gradually evolves into the sophistication of trading that which is less and less tangible, for intangibles. As Popeye’s friend Wimply would say: “I will gladly pay you tomorrow for a hamburger today.”

Tags: getting some, loss of virginity, matriarchy, prostitution, sex exchange, something for nothing