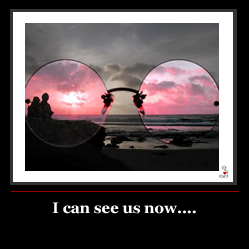 The Internet’s social outlets, including sites like POF encourage people to stretch the truth of their boring and routine existences to appear as cool as possible. The danger here is that a lot of people start to believe their own social networking site lies and live as if their profile is an accurate portrayal of their actual lives.

In “real” life does an average woman walk into the grocery store and get mobbed by 100+ suitors? When she goes home is she completely overwhelmed by the number of messages on her answering machine? Of course not. The problem is not in the unrealistic numbers of suitors online it is the fact that many incorporate these numbers into their own view of themselves. They go from average to a highly popular, “Sorry I don’t have time for you” Divas in a very short period of time.

The whole idea of a person’s social value gets skewed on sites like this. They end up adopting an attitude of entitlement. Their popularity on here transforms into their actual belief that they ARE really that popular. An average woman (a 5-6) becomes an unapproachable 10.

To some this is a positive…most people like attention. It is the fact that the attention isn’t “real” in 99% of the cases that makes it problematic. If a person can leave their fantasy view of themselves when they shut down their computer there wouldn’t be an issue.

Many start weaving their newfound popularity into their personal opinions of themselves. In the long run they are actually getting further from finding that “real” relationship that they state they are seeking. The reason being is that the laws of averages are being skewed…but only by one person…by the person making and “living” their profile.

I read so many profiles where the person is pleading to not be contacted by fakes, liars, losers and perverts. The truth is that in “reality” I am sure that most do not exhibit these attributes…they are in fact just part of their online demeanor. An online demeanor I might add that was developed to meet head on the overwhelming conceit of the pompous Diva they just messaged.

In my opinion (social) sites like this actually cause degradation in social conduct and inevitably social connection. People do not respect each other’s feelings because they’ve spent a lifetime in a social medium in which there is no good reason ever to respect anyone else’s opinions and where people like me can spout theirs all day without ever legitimately being challenged.

You are looking for love? This may not be the wrong place…you may just have the wrong attitude.

A lot have asked me what I am looking for on here. To the point…nothing. That is why I can freely express my jaded (so I have been told) views without fear that I might miss out on something. A man who truly wants to meet someone will bite his tongue and adapt to whatever “she” wishes….I will not.

Next week’s article:
Married women that want a potential lover to treat them like they were the greatest thing on earth…commitment, romance…even love…all the while offering no potential for a “real” complete relationship. What would be the guy’s motivation? Oh yes…the same thing she is always complaining that men are obsessed with. Nothing more. Go figure!