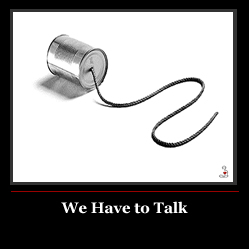 “I understand how you feel…kind of”

Gentlemen, has this ever happened to you?  Your wife is upset so you try to console her.  She may or may not tell you what is bothering her.  She may not tell you because she feels that you don’t care ~or~ she might tell you, and you had better be empathetic.  This one word has probably caused me more trouble in relationships than any other.
I know guys, many of you are wondering?  Empathy…what is that?

Empathy is the capacity to recognize or understand another’s state of mind or emotion. It is often characterized as the ability to “put oneself into another’s shoes”, or to in some way experience the outlook or emotions of another being within oneself. In other words, when a woman is down and shares her reasons with us, we are supposed to be empathetic and in most cases we are not.  When she says, “You don’t care”, what she really means is that you don’t empathize with her.

If my wife is upset, I tend to try to console her.  I want to make whatever is bothering her go away. It might be more to do with reactions. Often when a woman talks to a man she just wants him to listen whereas the man’s instinct is to try to solve the problem. In many cases there isn’t much a guy could do. There is nothing for him to solve, so he walks away. That might be part of the problem?

I’d submit that the apparent lack of empathy from a man (as perceived by a woman) is not so much an actual lack as it is something that is differently expressed. Most women like to express empathy in very explicit terms: “What do you need me to do?”, “Better that this happens now than when you’re away…”, “Oh dear, I’m so sorry!”, etc. Indeed, empathy can be considered a passive emotive expressive that many women (though not all) mastered while growing up.

Most men, show their empathy implicitly by wanting to solve the problem. If there’s no problem to solve, however, it doesn’t mean the man doesn’t somehow understand the emotion involved; there’s just no means by which to express it in an active way.

I hate to admit it, but I’ve definitely faked empathy before. I’ve said things like, “Oh no! Are you ok? Is there anything I can do?” etc., when I’m really thinking, “I have no idea what the hell to tell you or do for you, I don’t think what you are upset about is significant in the least, so please don’t drag me into this any further!”

You might want to consider that empathy is expressed in different ways. One way is by showing visible and verbal emotional concern and exhibiting emotions analogous to the person one is feeling empathy for (being upset because the other person is upset). This is a form of empathy that is easy to recognize as such. After all, they are “feeling your pain” and showing it clearly.

Another way to be empathetic is to act in ways that show concern and understanding that do not involve such visible emotional displays. For example, understanding that a person is upset at a crisis, and taking action to help the person.

I’ve often been told that we men always want to fix problems and don’t want to talk about how we feel. That seems generally true. But this doesn’t indicate that we do not have empathy. I know, in my own case, that I do have empathy. But I express that empathy primarily by trying to set things right. For example, it is one in the morning and our 16 year old son isn’t home and she is upset and afraid for her son, I don’t talk about how that makes me feel I go out in the car to find her son.

I do understand the need for verbal and emotional reassurance, but what a person does says a great deal about what he or she feels.