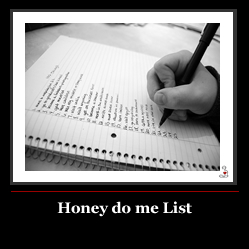 I started this blog in December 2012. Since then I have read a number a fellow blogger’s sexual bucket lists.

• It seems to be a predominately female “thing”, as I rarely see them posted by men. The ones that I have read from men so far were written by bisexual men.
• I find that women’s bucket lists typically involve different aspects of sex, whereas men’s bucket lists typically involve having sex (any sex) in different locales.
• Many of the things on sexual bucket lists are things that would be easier to accomplish when young and/or single.
• Certain things on HER bucket list could be accomplished providing she provided the invitation, the same things on HIS list could be considered pure fantasy or could be accomplished by paying large sums of money.

9 comments on “My Sexual Bucket list…A work in process”