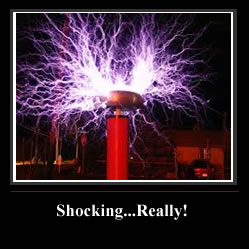 “I had always thought of woman,” says Mr. Tesla, “as possessing those delicate qualities of mind and soul that made her in these respects far superior to man. I had put her on a lofty pedestal, figuratively speaking, and ranked her in certain important attributes considerably higher than man. I worshiped at the feet of the creature I had raised to this height, and, like every true worshiper, I felt myself unworthy of the object of my worship.

“But all this was in the past. Now the soft-voiced gentle woman of my reverent worship has all but vanished. In her place has come the woman who thinks that her chief success in life lies in making herself as much as possible like man–in dress, voice and actions, in sports and achievements of every kind.”

“Women,” says Mr. Tesla, “are becoming stronger than men, both physically and mentally.

“The world has experienced many tragedies, but to my mind the greatest tragedy of all is the present economic condition wherein women strive against men, and in many cases actually succeed in usurping their places in the professions and in industry. This growing tendency of women to overshadow the masculine is a sign of a deteriorating civilization.

“Woman’s determined competition with man in the business world is breaking down some of the best traditions–things which have proved the moving factors in the world’s slow but substantial progress.

“Practically all the great achievements of man until now have been inspired by his love and devotion to woman. Man has aspired to great things because some woman believed in him, because he wished to command her admiration and respect. For these reasons he has fought for her and risked his life and his all for her time and time again.

“Perhaps the male in human society is useless. I am frank to admit that I don’t know. If women are beginning to feel this way about it–and there is striking evidence at hand that they do–then we are entering upon the cruelest period of the world’s history.

“Our civilization will sink to a state like that which is found among the bees, ants and other insects–a state wherein the male is ruthlessly killed off. In this matriarchal empire which will be established the female rules. As the female predominates, the males are at her mercy. The male is considered important only as a factor in the general scheme of the continuity of life.”